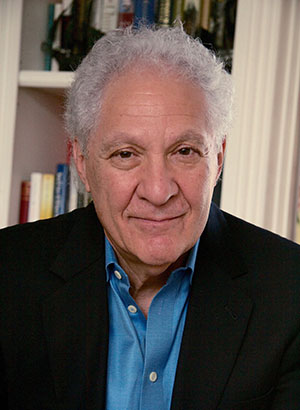 Physician, Professional Musician (Harmonicologist), Entertainer, and Medical Informaticist, Radio and Television co-host, Dr. Sam has been delivering his "music with a message" and entertaining at healthcare events, professional conferences, corporate meetings, conventions and political events in more than 40 states since 1996. He has been featured in leading national publications such as People Magazine and USA Today, and such national radio and television venues as CNN, FOX TV, CNN, and National Public Radio.

Having been in private practice for more than 20 years, having held major healthcare corporate executive positions, consulting for hospitals on implementation of electronic medical record systems, and as an investor and advisor for healthcare startup companies with innovative technologies, Dr. Sam is familiar with every corner of the healthcare industry and is a respected expert on its issues, He is widely recognized for his keen insight on where the industry is headed and what it's needs will be in the future.

Using satirical lyrics, humor and music to draw attention to issues of significant impact to our country and to our society, Dr. Sam provides a unique for of healthcare event featured speaking or fun-filled evenings of entertainment with his band. Though Dr. Sam often identifies the band by the "issue of the day" that he addresses on his CD's or at live performances (such as ), the band is essentially always the same group of extraordinary musicians and entertainers that have backed up Dr. Sam for more than 10 years. Dr. Sam also appears alone or with just one or two of his accompanying musicians, depending on the needs of individual events.

Dr. Sam’s CD's have been distributed to every member of the United States Congress. When he first launched the Managed Care Blues Band to national acclaim in 1996, among those lauding his efforts were President Bill Clinton, Vice President Al Gore and Iowa Representative Greg Ganske. Dr. Sam's first CD "Minimal Service - CPT 99211" was the number two best selling blues CD by a new recording artist on Amazon.com.

Dr. Sam currently serves as an executive on the Board of Directors for Vets Helping Heroes, a 501(c)3 charitable organization which provides service dogs for our wounded veterans who have suffered combat physical or emotional injuries. He is the author of Before You Go – the internationally acclaimed tribute song to our aging veterans of WWII, The Korean and Vietnam wars. Before You Go has been streamed for free more than 25 million times, and received personal testimonials of thanks from Presidents George H.W. Bush, and George W. Bush. Ross Perot referred to Before You Go as “the greatest song” in tribute to his generation that he had ever heard.

In 2007 Dr. Bierstock was awarded the prestigious George Washington Honor Medal, Freedoms Foundation for responsible citizenship for his work in honoring our aging veterans of WWII, the Korean War, and the Vietnam War.

In receiving this award, Dr. Bierstock joins the ranks of past distinguished award recipients: